Google did a really good job of introducing a new modality and producing a reference platform for Wave… And a really terrible job in evangelizing to, and assisting/incubating a set of early developers in producing commercial products based on Wave. 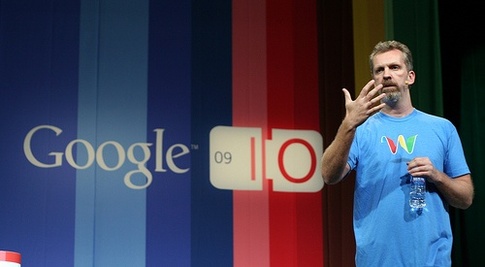 (Don’t like it? Talk to the hand! Photo courtesy of http://www.flickr.com/photos/nia…)

In addition, the invite-only beta rollout really hampered things, since most non-Valley-tech-bubble folks, when they finally got access, usually logged in to find 0 potential collaborators… When you can’t play with the system and see how it works, you just give up and go on to something else.

In short, it was just complex enough that not enough non-techies “got it” out of the box, and no one stepped in with a “Wave version of Lotus Notes” or the like which would’ve made things more clear in the enterprise or Academia (which should’ve been the initial target(s) for Wave).

Finally, Wave does still exist, sorta – a lot of the upgrades to Gmail/Google Apps over the last several years have been what I would call “Waveisms”, and have generally been well-received within the context of Google Docs/Sites/Reader/Mail/Calendar/etc. Looking back on it, if Google had redone their entire suite as part of Wave first, I believe the reception would’ve been vastly different, and developers would’ve been jumping all over themselves to develop for it, not unlike the interest in all things Android currently.

This answer originally appeared on Quora: What went wrong with Google Wave?

One thought on “Deano’s answer to: “What went wrong with Google Wave?””