It depends on what you mean by crossover… I tend to view crossovers as only those stories that combine characters and story elements of two distinct companies or at least "universes(*)".

With that in mind, for crossovers that involve the DC universe, I'm kinda partial to Superman Versus The Terminator: Death to the Future – at least in terms of its ambitions, and the "mental unspooling" one can do in terms of "what if". 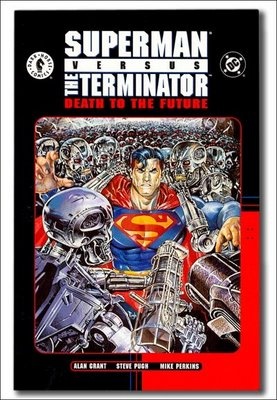 As a bonus, because of transitive properties across other Superman and Terminator related crossovers, we have potential mixes with many other interesting fictional characters, not the least of which are the venerable Aliens and Predator series.

(* I also really like the congruence of Robocop Versus The Terminator: 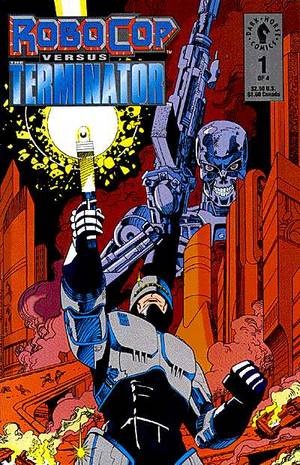 I mean, it doesn't involve the DC universe at all – both licenses were held by Dark Horse Comics when this came out – but it's so easy to see how OCP's cybernetics technology could evolve into the robotics program that SkyNet uses as the basis for its Terminator platform. Perhaps Omni Consumer Products even buys out Cyberdyne at some point to acquire patents or something… Plus, Frank Miller!)

What was the best DC Comics crossover event in the last 20 years?

2 thoughts on “Deano’s answer to: “What was the best DC Comics crossover event in the last 20 years?””