Hands-down, my choice would be Quantum and Woody.

Amazing mix of serious action super-heroism, and slapstick comedy… Not over the top, but over the top of the top, or something. I really can't do it justice here without ruining it… Let's just call it the Lethal Weapon of Superhero comics, and leave it at that… 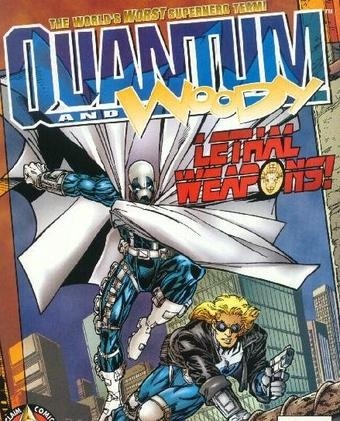 A parody of just about every major comic cliché, Quantum and Woody somehow still managed to deliver the goods every time (up to cancellation, anyway). It always made me laugh and think, which is something a whole lot of Hollywood movies could use these days. 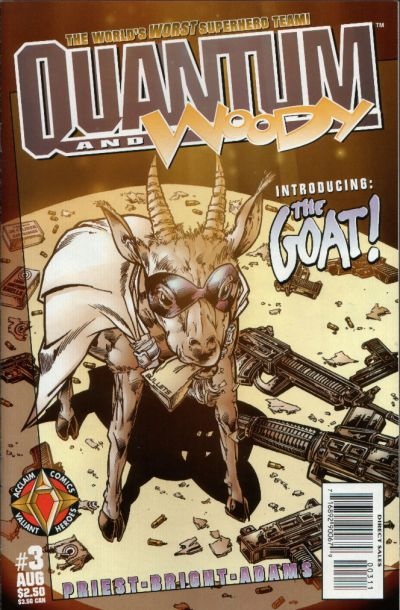 Suffice to say, it's the only comic I ever started a letter campaign to get Woody Harrelson and Wesley Snipes to make it their fourth reunion pic. Both could handle the action, and the comedy. These days, this option looks better and better – come on, guys, something has to pay for all that weed and taxes, non?

What are the best comic books that have not yet been made into movies?

One thought on “Deano’s answer to: “What are the best comic books that have not yet been made into movies?””